Saleblazers is an upcoming open-world shopkeeping game, where players can work together to fight bad guys, collect their valuables, and sell those goods for all their worth in a fully customizable shop.

Whether it’s buildings or characters, customization is a core feature of Saleblazers. I was tasked with creating our Character Customization screen, which would be the first piece of the game players would experience as soon as they started a new file.

In this screen, players can change their character’s body type, head shape, eye shape, eyebrow shape, hairstyle, facial hair, facial accessories, and voice. Since the Character Customization overlay could appear at any Barber Shop hub in the world, the UI elements would have to pop out against any background and any environmental lighting. Blacks and whites were reserved solely for UI, so I relied primarily on those colors to design our panels. Also, because the background could continue moving while the Character Customization UI was overlaid on top of it, panels were made opaque to reduce possible distractions. 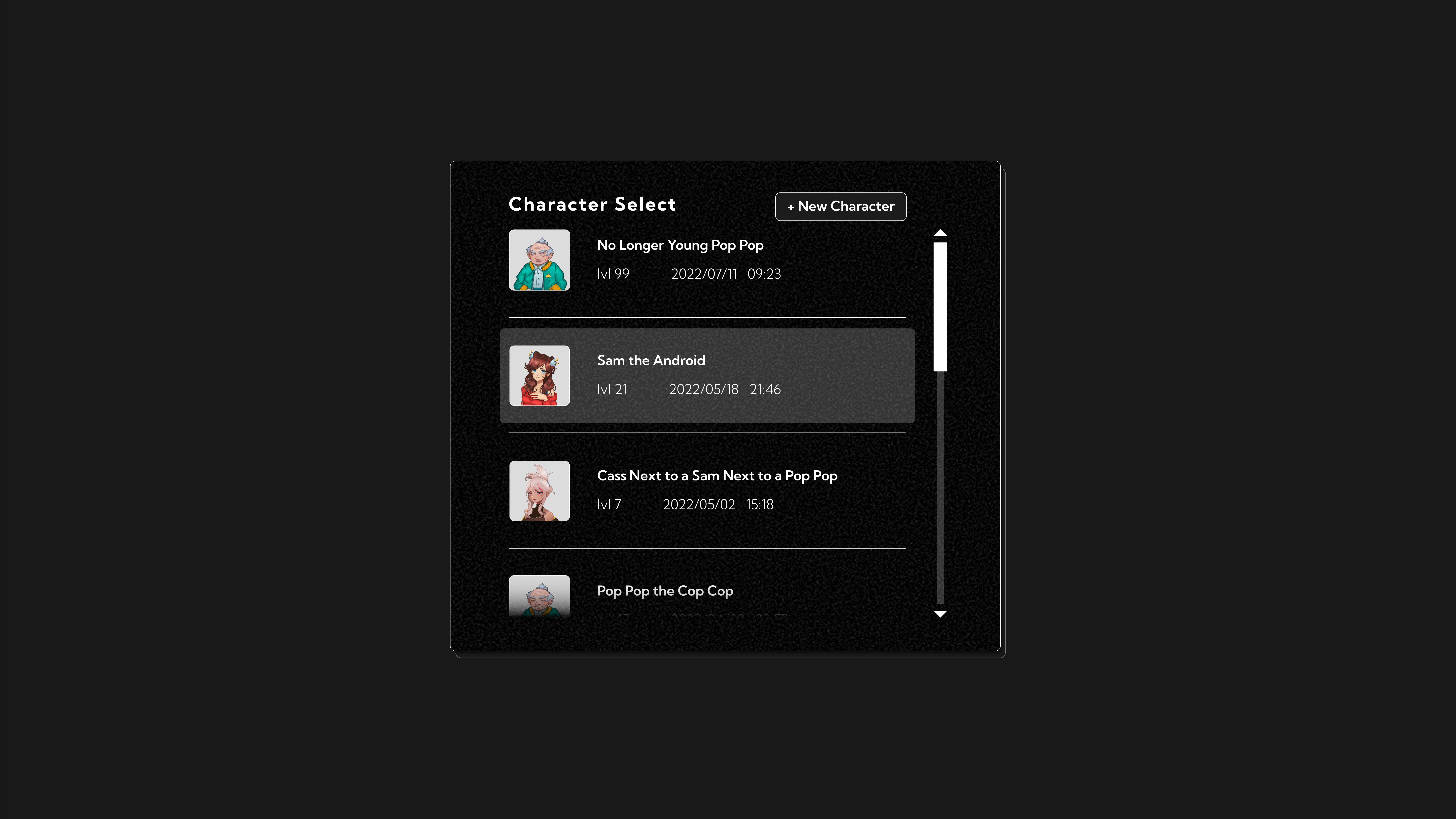 Upon opening the game, players must select their save file in this Character Select screen. 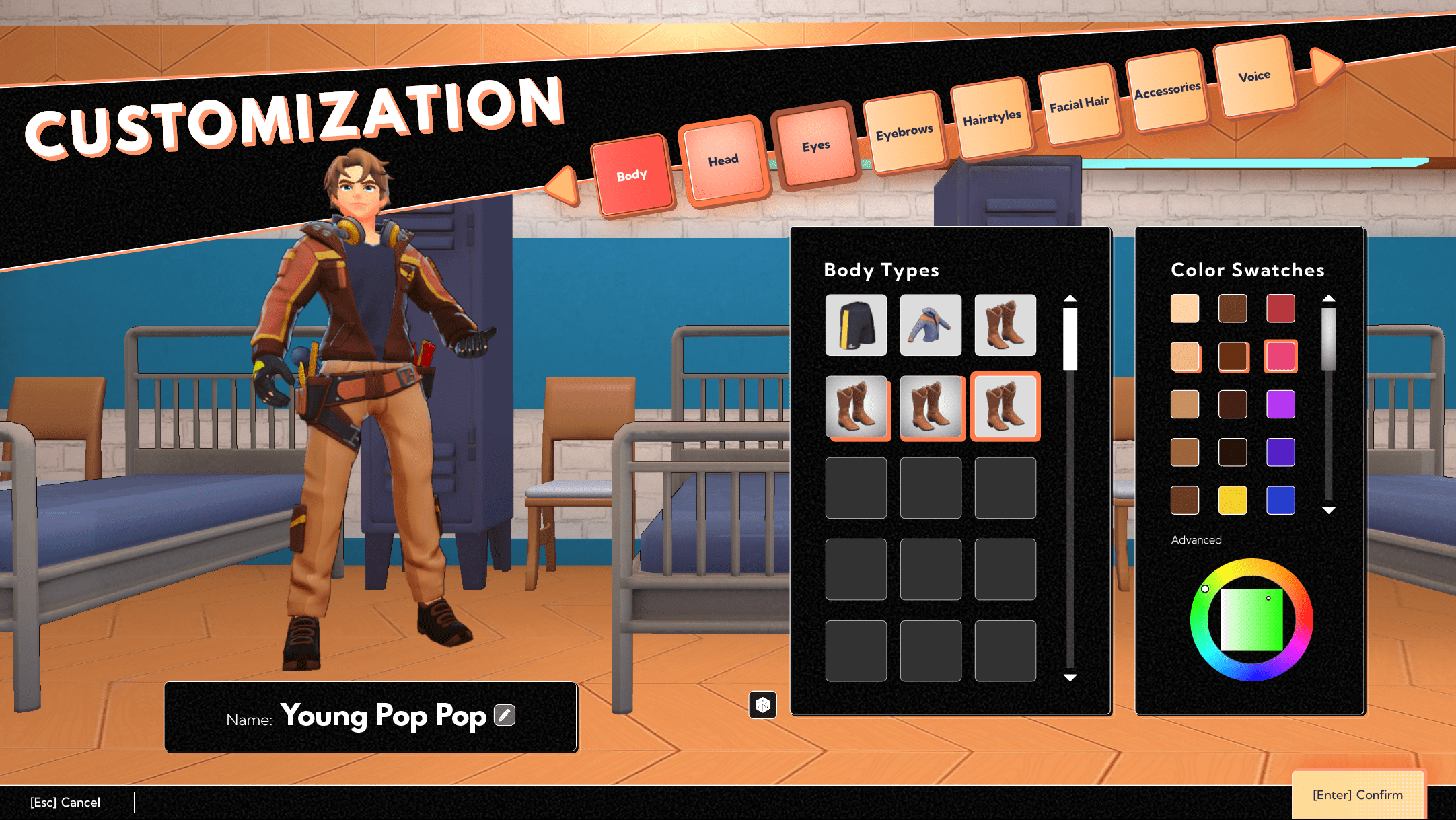 Players have the option to customize their character using a Character Customization UI overlay if they create a new save file.

Players are able to own multiple shops, but each shop is upgraded independently from one another.

In the Store Policies section, players are able to purchase and equip different store policies, which affect gameplay within the store. For example, some policies make the player move faster within the store, and other policies may make customers randomly explode. As such, there’s a skill tree of purchaseable skills on the left of the screen, a description (with price tag) on the bottom right, and a set of rotating shelves where players can place policies in order to actually implement them on the upper right. 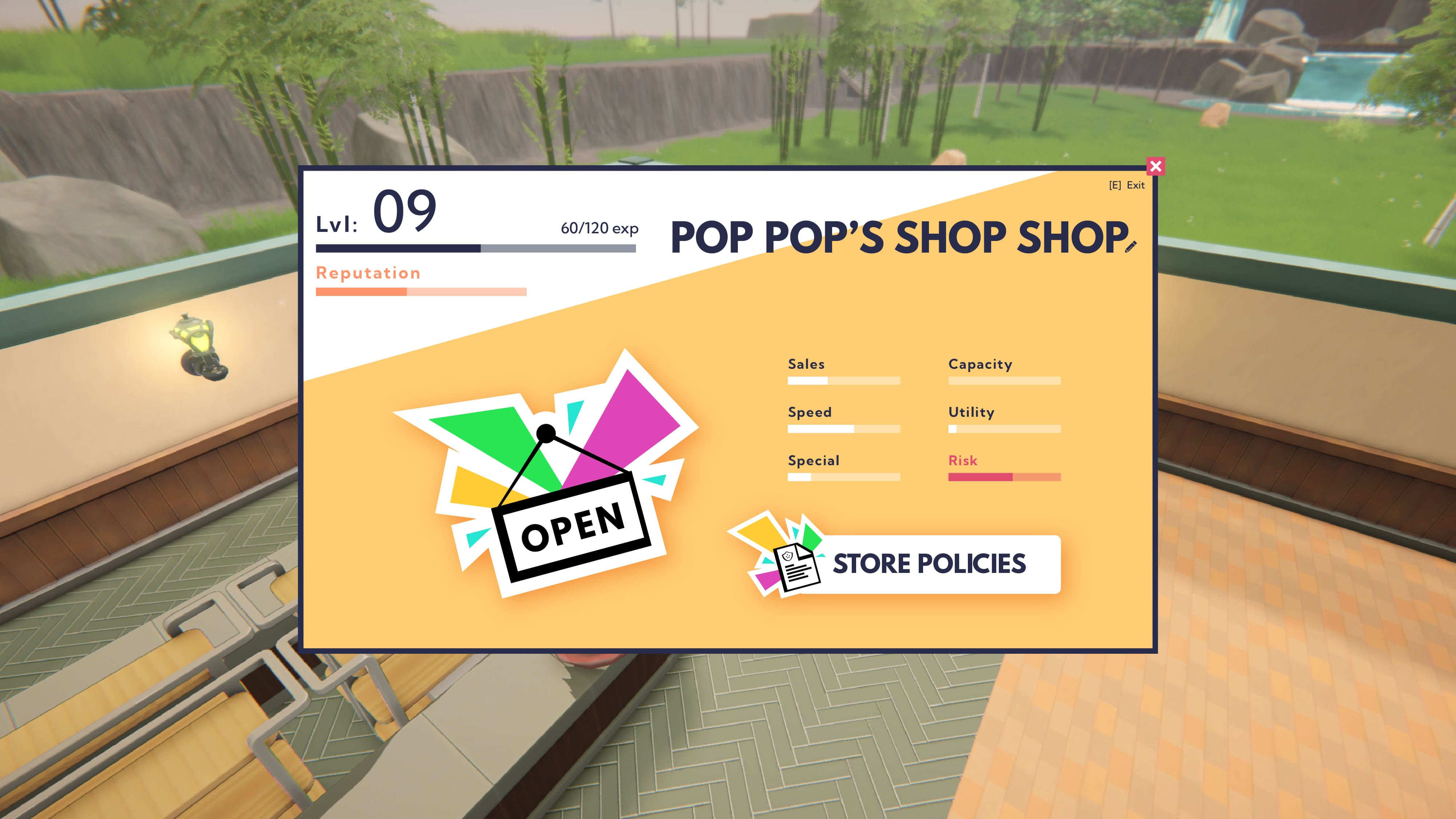 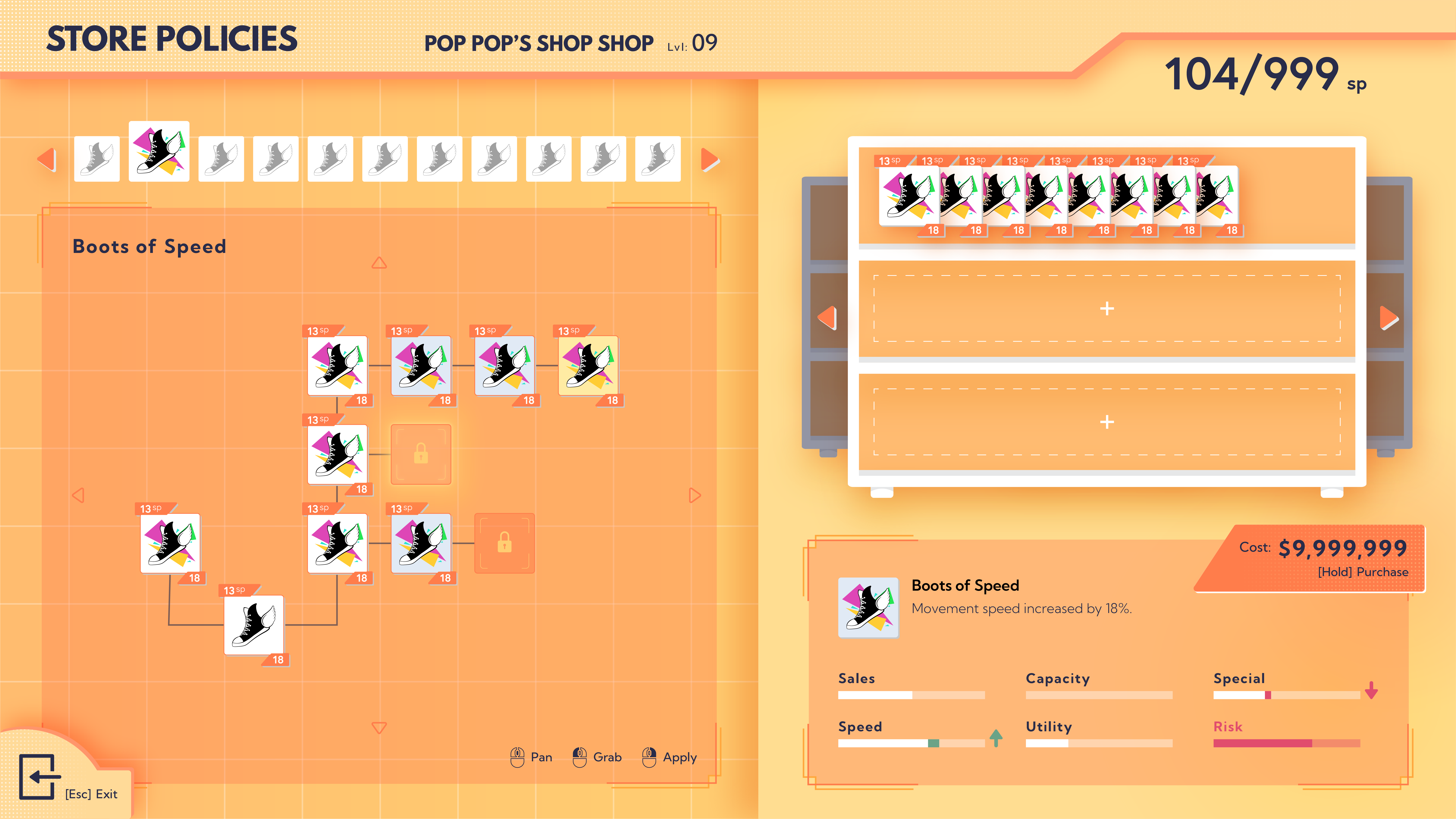 Store Policies UI screen when the shop is open. 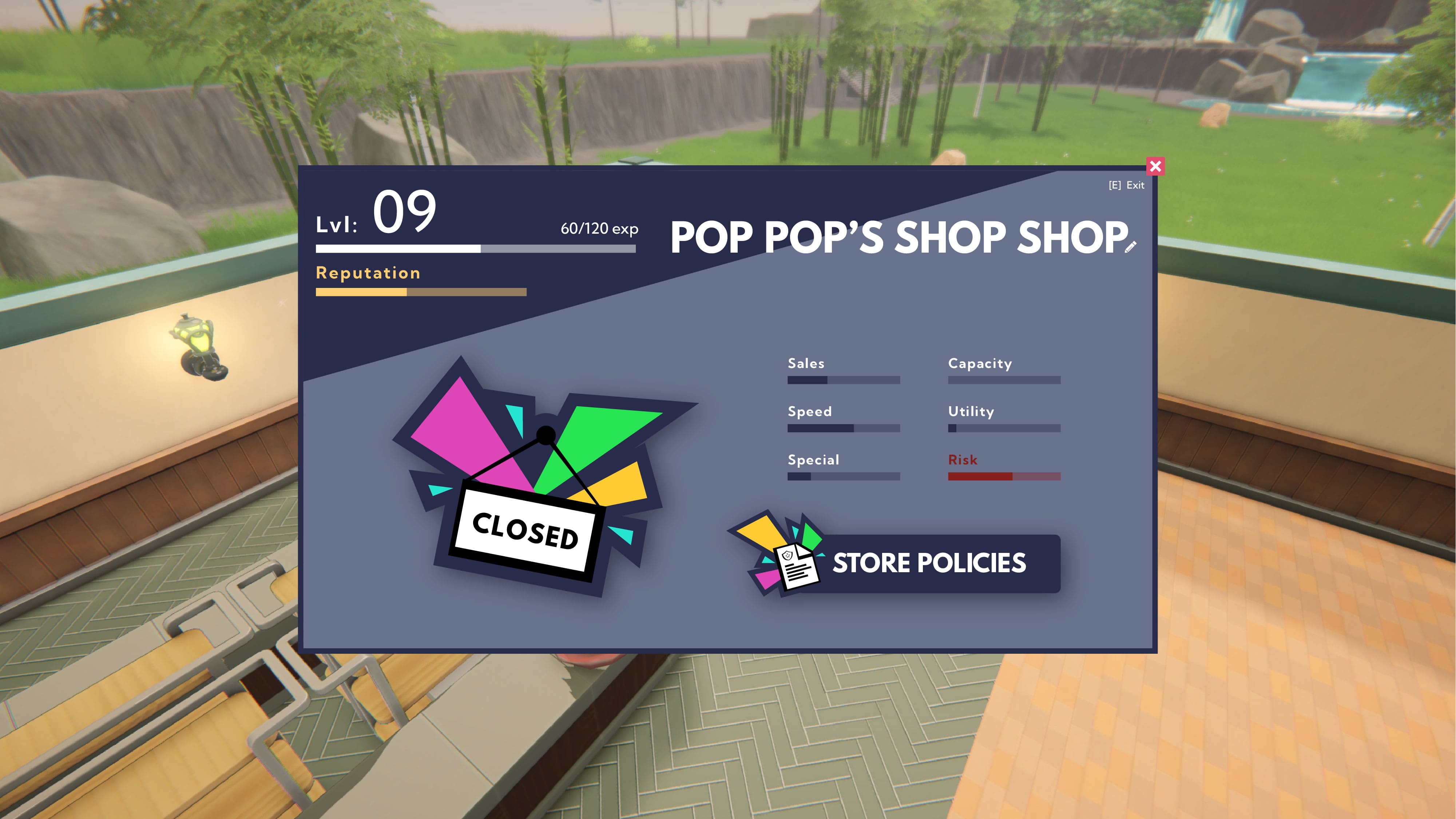 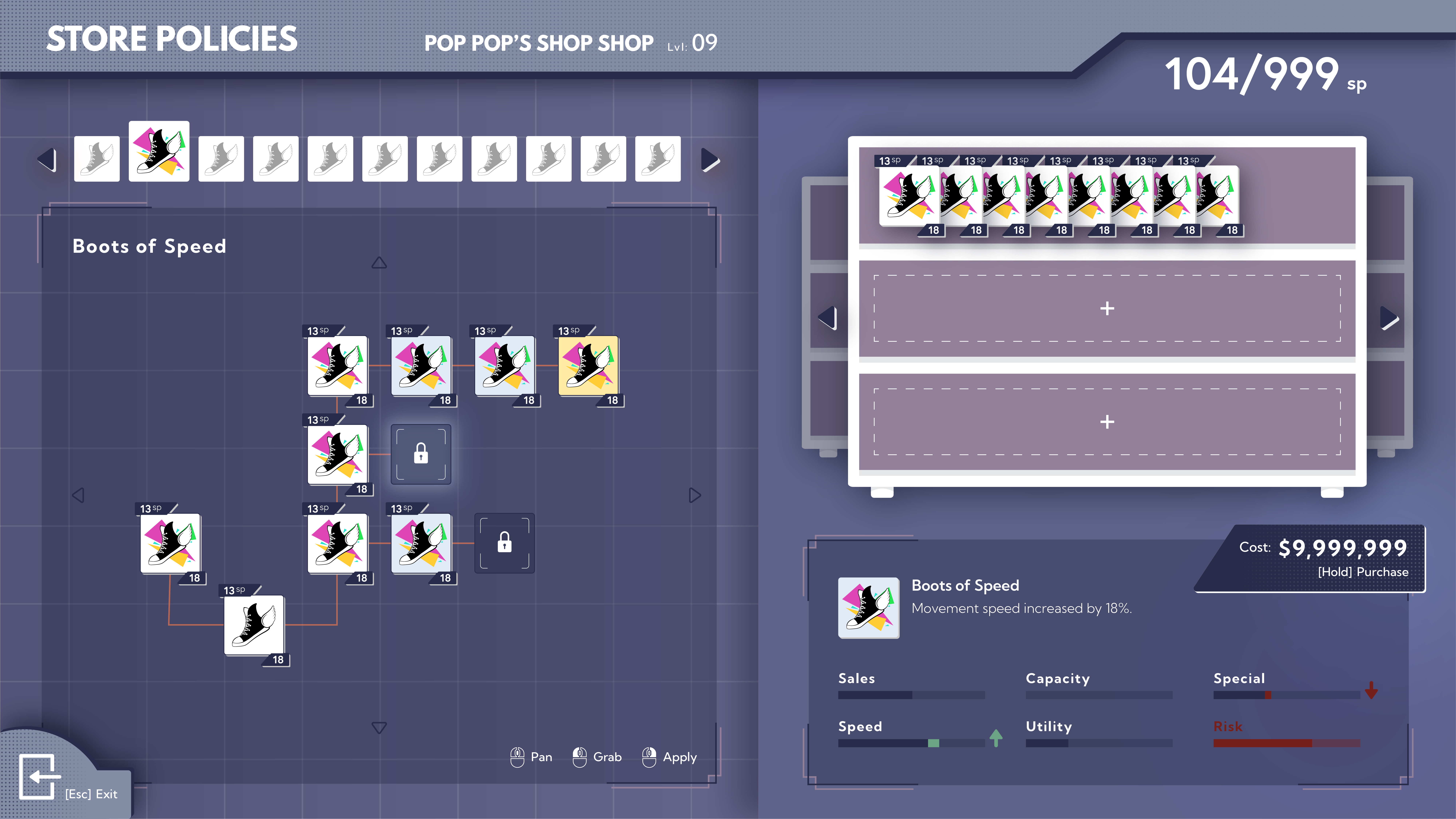 Store Policies UI screen when the shop is closed.

Up to 8 players are able to simultaneously play together in a Saleblazers server. In the Global Skill Tree screen, all players can contribute to purchasing unlocks for useful items, character types, and shop types.

For this screen, I used different image-container shapes to denote what type of feature players were unlocking. Useful items were squares, character types were rectangles, and shop types were rhombuses.

Inspired by the way Nintendo games approached UI polish, I also created 16 unique patterns to show how much the purchase meter was being filled up. When a feature was fully purchased (by either 1 or multiple players), the panel would adopt an orange frame, and the image container would be colored with a moving pattern. 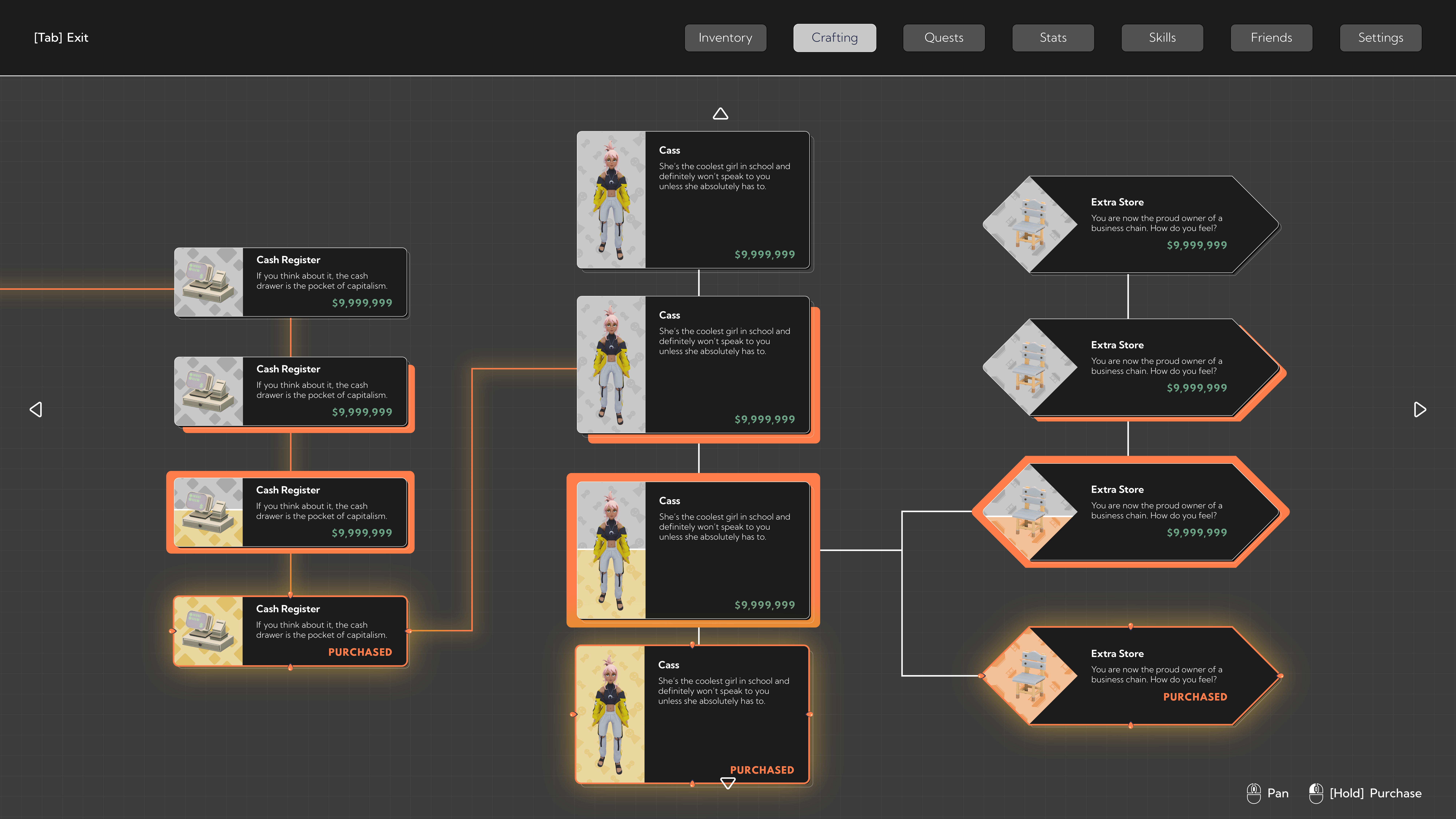 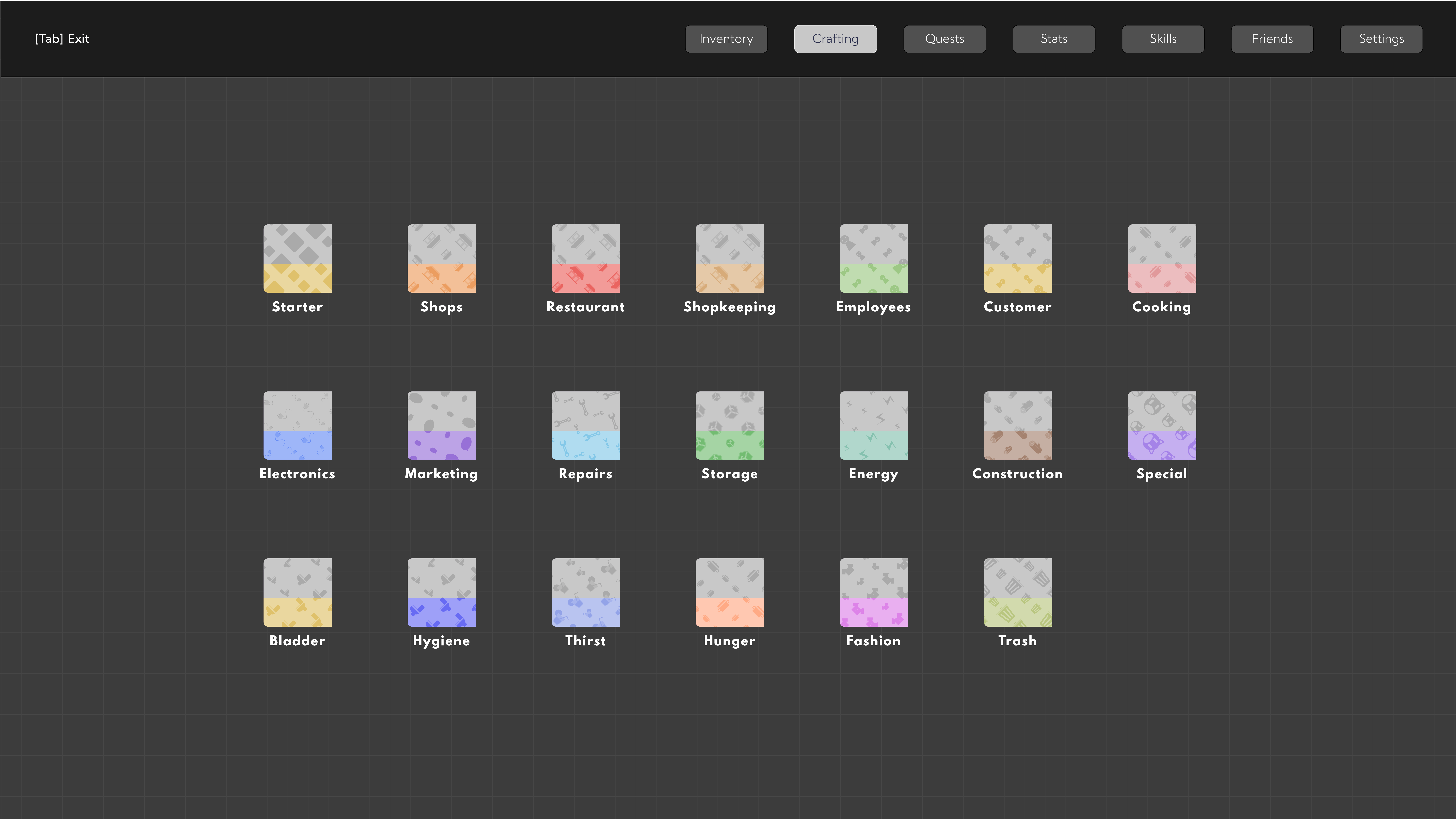 Unique UI textures I created to fill in the purchase meters.

Through my time working on Saleblazers, I learned how to create a degree of UI polish by incorporating textures and subtly moving elements. In the future, I’d like to experiment even more with texture and movement.